The Latest Research on Vitamin D Supplementation – A Naturopathic Perspective

You may have noticed that Vitamin D, the ‘sunshine vitamin’, has been in the news lately. Last week,  a Lancet Diabetes and Endocrinology study was released about this vitamin.  The study claims Vitamin D supplements are not effective for preventing fractures and improving bone mineral density.  It included 81 randomized controlled studies and over 50,000 participants. The meta-study authors conclude “There is little justification to use vitamin D supplements to maintain or improve musculoskeletal health”.

The media articles about the study have been interesting.  This one from the CBC interviews several medical doctors. The doctors can’t understand why people are taking D.  According to them, it has been “proven to be of little use” and “a waste of money”.  And this zinger: “Vitamin D is like a religion”.

The message is pretty clear:  stop taking Vitamin D, duh! But  I find the conclusion misleading and the tone unjustified.  Vitamin D as a religion gives the impression that people choose their supplements based on crystals and gurus.  On the contrary, I would argue that most people taking Vitamin D are making good evidence-based choices for their health.

There have been many strong studies in the recent past that have concluded our bone density would improve by taking extra D.  In fact, this 2009 meta-study of randomized controlled trials with over 40,000 participants concluded that “higher doses of vitamin D would reduce fractures by at least 20% in people over the age of 65.  Or this 2005 meta-analysis of 12 trials and almost 20,000 participants that concluded the same thing.

But what about the relatively strong proof that Vitamin D is useful for other health concerns?  This 2009 study links low Vitamin D levels with increased risk of colorectal cancer. This literature search concludes that raising serum D levels could reduce the risk of breast cancer by 50%. And this 2004 review in the American Journal of Clinical Nutrition concludes that Vitamin D deficiency increases the risk of diseases as wide ranging as heart disease and Type 1 Diabetes.

A 2006 JAMA study of more than 7 million US military personnel concluded that high vitamin D levels are linked with a decreased risk of Multiple Sclerosis in Caucasian individuals.

This 2011 study on depression shows a strong link between low levels of D and low mood.  Many of us in colder climates suffer from lower moods in the winter.  The authors conclude that supplementing could be a cost-effective treatment or prevention. There are many other studies showing the link between low vitamin D blood levels and depression.

Other studies have identified a link between low D and an increased risk for common cold, the flu, muscle weakness, tuberculosis, even premature death.

So, with bone density and fractures, it appears that many consumers have been actually making informed decisions based on the best available data at the time.  If this latest study proves to be legitimate, we now have new information. Those with low bone density may decide to alter their supplementation accordingly.

But I think we need to use caution before concluding that taking extra D is useless for any and all health concerns.  In my opinion, there is ample evidence that Vitamin D may help prevent a wide range of health concerns. Please talk to your naturopath before making any changes to your supplementation.

Michael Torreiter has been working as a Naturopathic Doctor in Waterloo, Ontario since 2006. He is now working at CARESPACE Solutions 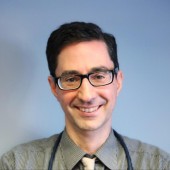 Michael Torreiter has been working as a Naturopathic Doctor in Waterloo, Ontario since 2006. He is now working at CARESPACE Solutions